TDCAA Community
Ham Sandwich
This topic can be found at:
http://tdcaa.infopop.net/eve/forums/a/tpc/f/157098965/m/878100569
Shannon Edmonds
Ham Sandwich
If you can indict a ham sandwich, is the pickle an accomplice?

When big shots like Tom DeLay get busted, you'll often hear a chorus of "If you wanted to, you could indict a ham sandwich."

This is a common way of saying an indictment doesn't mean squat; it's the proving part that's hard. Google "indict a ham sandwich" and you'll get 11,700 hits.

But it made me wonder: Is this ham sandwich remark accurate? Is it really so easy to indict somebody that you could indict a ham sandwich? I'd figure for starters, the district attorney would have to have something on the ham sandwich, besides mustard and a pickle.

Or is this just another case of people whining?

So I called politicos and lawyers to find the answer to this question. It's amazing to me how many people didn't want to let me use their names in connection with this subject.

"Maybe it's possible, and maybe it's not, but what prosecutor in his right mind is going to indict a ham sandwich?" asked a criminal defense lawyer who wished to remain anonymous. "I mean, how would you put a ham sandwich on the stand? Somebody would probably eat it before you even got it there."

This guy didn't sound like the lawyer I'd want defending me if I were a turkey on rye being nailed for breaking the anti-racketeering law. So I called Dick DeGuerin, the high-powered Houston lawyer who is defending DeLay.

DeLay is not a ham sandwich. Then again, he's no longer the House majority leader. He could be chopped liver. This is because one Travis County grand jury indicted him on a conspiracy charge and another on a money laundering charge; he's accused of misusing corporate funds to fill the Texas House with Republicans.

So, could you indict a ham sandwich?

"Well, (Travis County District Attorney) Ronnie Earle probably could and maybe would," DeGuerin said, then switched gears. "I love you, John, and I love where you're coming from," he told me. "But I'm not going to be your cannon fodder."

It was considerate of him to say at least that much. He could have just told me to go blow it out my shorts.

Earle apparently doesn't love me. He didn't call back.

I pressed on to the Republican Party folks, since thanks to DeLay, they're the most likely to invoke the ham sandwich clause.

"Is that truly your question?" asked state party spokeswoman Jennifer Webster after I asked if a ham sandwich had ever been indicted. "I'm going to have to say not to my knowledge."

Webster conceded that if a ham sandwich were indicted, the Lone Star State would be the place.

"Without doing any research, I would have to say that, no, a ham sandwich has probably not been indicted," she said. "I would imagine that is because no one has found the ham sandwich guilty of anything. But in Texas is where it would have happened."

And there you have it. I'm getting the feeling that unlike DeLay, the ham sandwich won't be in court soon.

This topic always begs the question: if it's so easy to indict a ham sandwich, how did the one that killed Mama Cass get away with it?

(Answer: because the sandwich was INNOCENT! If the sandwich don't fit, you must acquit! I hear the sandwich is playing golf with OJ helping him look for the real killers ...)
jsboone
Most prosecutors would'nt try to indict a ham sandwich, because they know they would lose at trial and end up with egg on their face.

And then they would be eating humble pie. (or "umble" pie).
Shannon Edmonds
Ham 'n' egg sandwich and pie ... 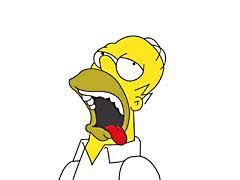 David Newell
But would you be able to have your sandwich and eat it too?
Rick Mahler
We up here in the great county of Wichita have always tried to be very politically correct in what phrases or terms we use. (We are even contemplating changing the mascot of our local university from Indians to something else - even though our county and county seat are named after an Indian tribe!)
Anyway, the term that has been used in this county, not that we have ever used the term, is indict "a loaf of bread." We try not to show any prejudice to any particular cuts of meat.
BLeonard
Any ham sandwiches (is that what we're calling them these days?) indicted into my court are assigned to the prosecutor that indicted them.
Our former chief of the grand jury section always said it is easier to indict a case than it is to no-bill one.
KWatkins
I've always had a problem with the required mental state of the ham sandwich. Why not skip the pepcid and let the it plead to BLT as a lesser included?
<Dennis Foster>
What about green eggs and ham?
Martin Peterson
Rick, actually the choice of "ham sandwich" may have been the result of prejudice, since it seems to have originated with the former chief judge of the NY Court of Appeals, Sol Watchtler. You see, Wachtler is Jewish. But, he reportedly once explained that he regrets that he didn't say "pastrami" sandwich, adding that he may (surely) have been misquoted about "ham."

I too feel like we indict loaves of bread! We start with a few and they seem to multiply to never-ending proportions. See Matthew Ch. 15; 34-8 and Ch. 14; 19-21.
Terry Breen
Altho I have never sought the indictment of a ham sandwich, I have sought--and gotten--the indictments of people whose I.Q.s were not much higher than that of a ham sandwich.
JB
Turns out it wasn't even a ham sandwich. For details, click here.